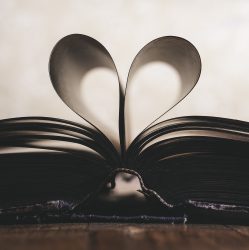 I wanted to offer this thought. Not necessarily connected with writing, per se, but it is something that has been on my mind lately.
In this world there will always be those who seek to bring others down, to belittle them, to demean and suppress and invalidate. They exist. Sad to say, they will most likely always exist.
Yet, I have found that the majority of people are good. I have had complete strangers help me. Example: I locked my keys in my car. And my phone. I had spares at home, but of course I couldn’t get there. A lady lent me her phone so I could call my roommate. When there was no answer, she offered to give me a lift home (with her granddaughter in the backseat, no less) and waited while I broke into my own house and then drove me back to my car. I never asked. She saw a person in need and simply offered.
I have more stories like this. Unsolicited offers of help or assistance or words of encouragement. People who lift you up for no other reason than that they see they can help. My mother likes to smile at the clerks in the grocery store and have a little conversation while they check her out. She makes a point of it, even when her own day is in the toilet. She says it’s a simple thing, and she likes to see them smile, and think that she brightened someone’s day, even for a minute.
The opposite can be true. A digging comment, a subtle put-down, innuendos and veiled insults, where later you shake your head and wonder what just happened. These are the tools of those people I mentioned above. They are few. Unfortunately, it is all too easy to get pulled into the drama they create and it spreads until you feel that this icky negativity is all there is.
Ask for specifics. If they can’t be given, you are most likely dealing with drama for drama’s sake. Ask who said it and what exactly happened. If you get specifics, help the person who is going through a rough time, do what you can. If it’s something actionable, by all means, take action!
Example: I’ve seen some drama in my life. And not even in the high school years. I was out with some friends once, and they started talking bad about another girl, one who had moved to the area recently and started dating another mutual friend. These first two friends (we’ll call them couple A) were talking about how so and so heard that this girl had done such and such, or said such and such. I said, “Oh, I haven’t seen her do that. She’s always been really nice around me.” Then I paused, unsure if I should dive into it. “I like to reserve opinions on people until I get to know them better.” They paused their comments, thought, and then agreed. I never heard them say another bad word about that girl. Whether they just didn’t say it around me, I’m not sure, but I left it at that.
Upshot? Turns out the “so and so” was a married lady having an affair with the boyfriend of that new girl and been badmouthing her. Except this “so and so” was well respected in our little circle, so her words carried weight, despite that lack of any real evidence or experience of this new girl’s badness.
Now, couple A is close friends with the new girl, who has long since left the boyfriend and the “so and so” far behind, is happily engaged and moving in with her new boyfriend at the end of the month.
My point. Listen, observe and make your own judgements. Beware of the innuendo and hint and sly glance.
But above all, prosper. Be your own person, be you. There will always be someone out there who will seek to take that down, but they are few and far between, though sometimes it doesn’t seem that way. The majority of people will want to help you, to lift you up.
Do your thing, live your life, work for your dreams. Embrace your own success, or failures, and continue to work for more.
I’m rooting for ya.