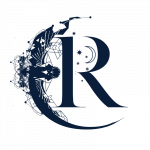 TALES OF ADVENTURE AND LOVE

It’s a treacherous road to belonging—and once you find it, you could lose everything.
In an exotic world caught in the throes of a seemingly endless war, a nation of terrorists under the thumb of an evil Emperor has set out to systematically destroy every race but their own. And they’re just about to succeed.

When you were once a slave, freed only to become a ruthless warrior, “belonging” seems a trite concept. A pipe dream, the stuff of naive fairy tales. But not for Salryc Luxx. Private Luxx—Sal for short—is iliri, a member of an untamable race surreptitiously dubbed “their kind” by humans and bred thousands of years ago to protect them. Humans consider them expendable, barely more than animals. Freaks. But in a karmic twist of fate, they’re also one of mankind’s most feared predators. Abused and enslaved, the only control Sal has over her life is what military unit she serves with – if she’s good enough to be accepted – and the only one to consider her is the best in the land, the Black Blades.
Everyone has secrets, and the Blades are no different. But acceptance into the Blades gives Sal something she never expected—the family she’s never had, and with it, the undying protection of seven of the greatest warriors the world has ever seen. It also gifts her a devoted line of potential mates. Many of her fellow warriors will submit to the bloodlust that overtakes her in the heat of battle and can only be quenched by rough, passionate lovemaking (making way for the steamiest of love scenes). Though it’s not all war and sex. Sal very gradually cultivates deeply loving, evolving relationships with each of the Black Blades, which morphs as a unit into a reverse harem as sweet as it is fierce, and as protective as it is impassioned.
But belonging has its own price. Each of the Blades would die to protect Sal. And it’s only a matter of time before the enemy moves to use this against her.

I would like to start this off by saying I don’t often write reviews. Or, haven’t until now.
Oh, I have lots of thoughts on books, but they don’t usually make it into coherent form.
So, please forgive me if that happens once again. As I add to my growing list of reviewed works, I will surely become a bit more efficient.

Now onto my review!

Bloodlust by Auryn Hadley is a wonderful series starter. I say it like that because it is evident not even a quarter of the way through the book that the reader is in for a ride for the next several books, not the next several chapters. You quickly figure out that there is more going on than you or the characters know, and then you simply have to keep going to figure it out. The world is deep, but you are not overwhelmed by the amount of information Auryn gives you. In fact, I would have liked a little more, but that’s me, I’m a world-building information junkie.

Now, let’s move on to the characters.

Sal, or Salryc, what you do to me. Our Sal is the type of heroine I adore. Honestly, I can only hope to write a Sal myself one day. She is the perfect mixture of fierce and vulnerable. Even if we disregard her Iliri-ness (which we really can’t, but I’m going to for a moment) her outlook on life and her determination to reach her goals are the very things I most admire in other people. The fact that one of those goals is to be thought of as human speaks to that vulnerable part of her. She has insecurities and aspects of herself she despises and wants to change, just like all of us do. As the reader, I can see that these insecurities are stemming from the ideas those pesky humans have been shoving into her head from a very young age; I can see that she shouldn’t be thinking of herself like that, and it pains me that she does. Sal doesn’t see it that way at first. It’s this that makes her journey so amazing. Because she never stops striving for her goals, they just… change a bit. *insert wink and cheeky grin*

The soldiers and Black Blades are all very unique, their personalities don’t blend and fade into each other. I will say I was a little lost at the very beginning as to who was who, too many people introduced, many being called by both their names, their handles, and their ranks. It took me a bit, but I got it.

Then we come to the plot, which I alluded to a little bit at the beginning. I don’t want to give much away, but we have a country at war, a girl of a different race trying to make her place in life by trying out for an elite unit of soldiers, only to find out she has much more in common with them than anyone thought. They give her something she has long needed in her life—respect and true companionship. I think it’s this that starts Sal onto her journey to finding who she truly is. The fact that after she joins the unit, they see her out for no reason other than her company, shows her she is more than the label of her race. (I’m gushing a little, can you all tell?)

As for the romance aspect, it is there, but despite what the description implies, I would have to say it is not the focus of the story. Maybe 25% (though yes, there are sexy-times scenes, you have been warned). A majority of the relationships being built were as friends and teammates at this point. It was nice to see this aspect of “human” nature. It also keeps us guessing who all she will eventually end up with, which for a Reverse Harem is rare.

Because, yes, this is a Reverse Harem, Why-Choose, polyandrous, or whatever term you want to use. The set-up for this type of relationship is well executed and makes sense in the context of the world and with the character(s).

So, to sum up: Bloodlust is one of my favorite types of stories: about an underdog who doesn’t give up, and begins to come into her own, all set in a beautifully crafted world. It is not a romance, it is the beginning of an epic tale, the kind bards used to sing about, and story-tellers memorized to pass down. (How’s that for poetic, huh? But, I do mean it.)

I give this a solid 4.5, and a place in my favorites.  If this sounds like something you’re looking for, give it a try!  It’s also on KU.

Love,
This Reader and Author, Cecilia